Think Twice Before Posting:
Social Media Posts Can Impact Immigration to the US

If you are one of the 3.484 billion people who use social media and you are seeking an immigration benefit, you’ll want to think twice before posting.  Since September 2019, visa applicants abroad have been required to disclose their social media profiles, past email addresses, and phone numbers. U.S. Consular Officers are required to review your information before deciding your case.

This practice is not new. U.S. Citizenship and Immigration Services (USCIS), U.S. Customs and Border Protection (CBP), and U.S. Immigration and Customs Enforcement (ICE) have been reviewing your social media since 2017.  This protocol is now expanded to the U.S. Consulates and everyone is subject to scrutiny. So, unless you are a U.S. citizen, the government probably knows more about you than you think.

What Do I Have To Disclose If I Apply for a Visa Abroad?

If you’re applying for a visa, you can expect to disclose the following information on forms DS-160, Nonimmigrant Visa Application and Form DS-260, Immigrant Visa Electronic Application:

These forms now reflect Trump Administration’s March 2017 “extreme vetting” program. Originally, the program called for higher scrutiny of visa applicants from countries designated as national security threats.   However, this policy is now expanded to all arriving foreign nationals from every country.

How Does This Affect You?

Your online presence can influence the government’s decision on your case in many ways. U.S. Consular officers are looking for affiliations or language on your posts that they consider security threats. Customs and Border Protection (CBP) Officers can also scrutinize your social media profiles at the U.S. border.

One recent example was when a 17-year-old Harvard student from Lebanon was denied entry at the border because of posts from his friends. The student’s friends posted political views on social media deemed to be anti-America. Even though the student did not “like,” comment, or share any of these posts, he was denied entry and sent back to Lebanon.

You can be denied an immigration benefit if your social media posts are inconsistent with the benefit you’re seeking. For example, marriage-based green card applicants whose posts show that they don’t have a real marriage can have their cases denied. Sometimes, the government can use the information against you if it thinks you are committing marriage fraud to get a green card.

Lawyers decline cases where quick investigations put these relationships into doubt. We once had a couple come into the office for a marriage-based green card. An online search took us to one of their Facebook profiles showing a romantic relationship with an entirely different individual. Our search showed that these individuals were not in a good faith marriage and were only trying to get a green card through a fake marriage.

Immigration benefits can also be denied if the government discovers that you are working without authorization. A common example is someone with F1 or B1/B2 visas who work without permission and posts about it online.

What Else Do They Look For?

The U.S. government is also looking for posts related to your good moral character. Even slight mentions of drug use, which is a ground for inadmissibility, can hurt your chances of getting an immigration benefit.

What if My Profile is Private?

The U.S. government can still find what you’re up to if your profile is private. The Department of Homeland Security allows USCIS officers in its Fraud Detection and National Security Directorate (FDNS) to make fake social media profiles to monitor people’s online activity. The fake accounts can look at what others are posting about you. Even if you have a private profile, there is probably a lot of information about you online. Don’t think that you are safe from scrutiny just because your profiles are private.

If you have questions about immigration, give us a call at (407) 818-1244. Our lawyers speak English, Spanish, and Portuguese. With an office based in Orlando, Florida, we help people all over the world. We love what we do and we’d love to help you achieve your American Dream. You can also email us at assistance@terralawyer.com.

Don’t forget to follow us on our social media pages! 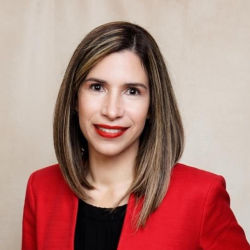 How to Request a J1 Visa Waiver and Obtain US Residency

Public Charge Rule and the CARES Act Guide for Immigrants